A custom level for Skylar & Plux: Adventure on Clover Island

This is a custom level using assets from Skylar & Plux: Adventure on Clover Island by Right Nice Games.

The focus of this level was to provide a light to medium difficulty experience, that fit the aesthetics and feel of the core game while still being self contained.

The core design of this level boiled down to a few points i set up before starting:

Basic breakdown of  the platforming elements and main land sections of the level. 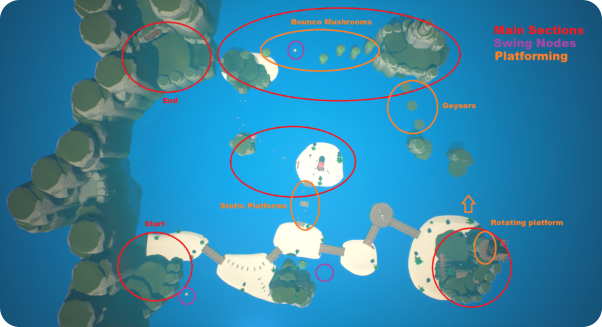 The first area from where the player gets an overview of the level as well as a grasp of the end destination. 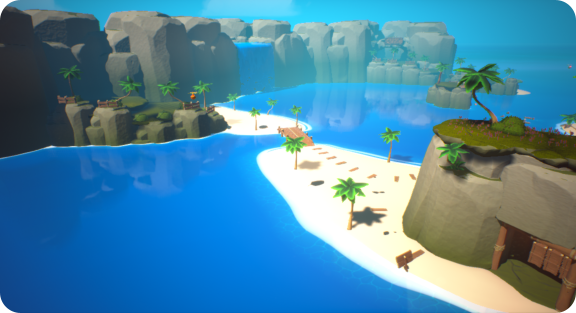 The crafted bridges and paths have been sabotaged by the enemy faction, a short tour to the middle island will reveal that this path is not an option and prompt the player to figure out a way around it. 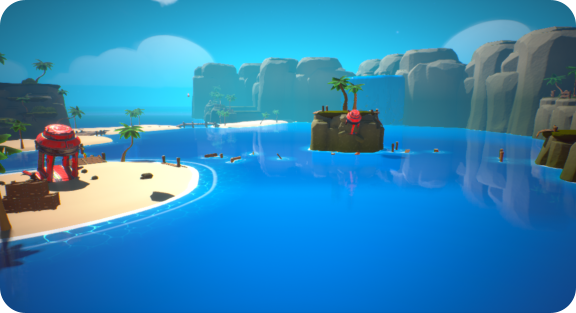 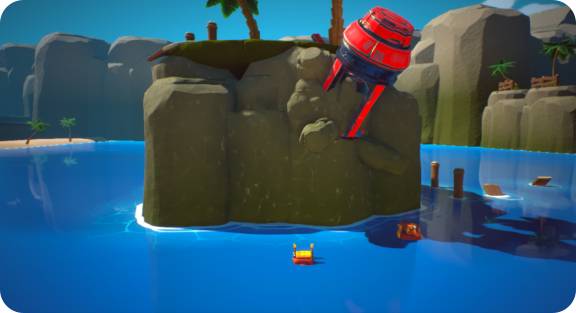 A Large island with a windmill, inhabited by a lone npc. The island contains som collectables and leads the player towards the pinnacle which initiates the first tricky platforming sequence. 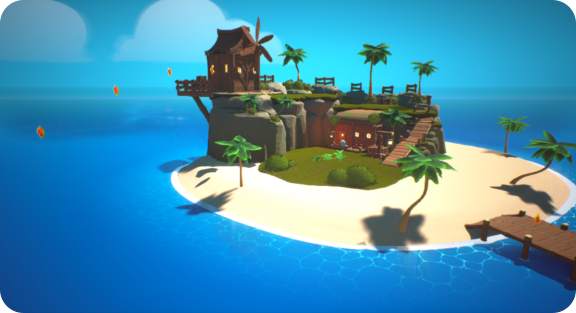 A short sequence of platforming followed by a short low tempo section and a vista view before the final stretch of high tempo platforming. Clearing this section will allow the player to ambush the final enemy camp from above. 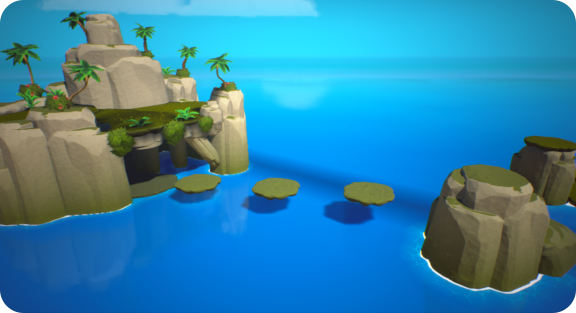 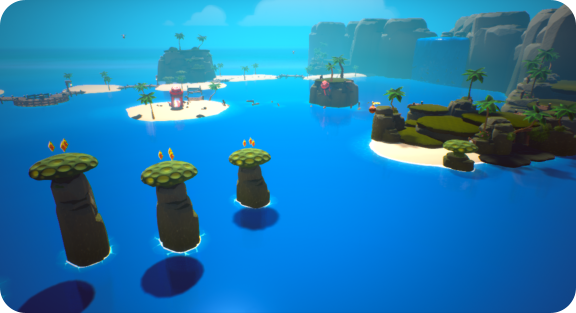 Once the enemies have been dispatched players will arrive at the end of the level. 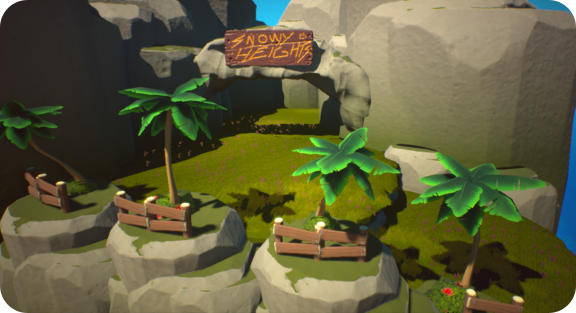 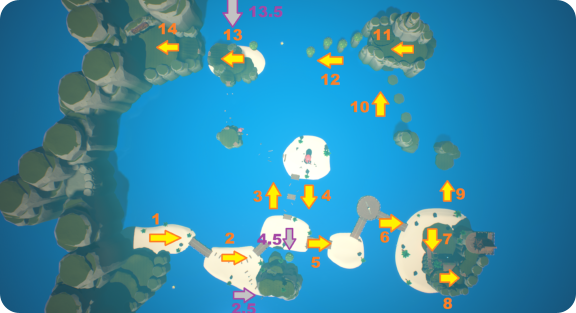 1. The player heads down to the beach and is given a chance to survey their surroundings while moving on a linear path.

2. The player has the option to either head right (optional zone 2.5) or left towards the first enemy encounter and another forking path.

3. Crossing a broken bridge leads the player onto a small island with a crashed drop pod and several swarmbots. Once the enemies are dispatched the player can collect some gems and realise that the way forward has been destroyed (with a stingy rocketbot keen on blocking any ill advised attempts to sequence break).

4. They player returns to the previous fork to attempt another route.

5. The second path leads the player towards another sequence of bridged islands with a few collectables sprinkled to keep the progress interesting.

6. Once the player passes the wooden platform they enter a large island with a lone Loa (and a few collectables)

7. Once the player has scavenged the loas gems they progress upwards through some “poorly” crafted ramps.

8. Once past the ramp, the players are treated to some nice vistas as well as a large windmill on top of the island. The windmill is also home to a few more boxes of gems stashed away on the balcony.

9. A trail of gems leads the player to utilise a spinning platforms innate momentum to make a daring leap, crossing a large distance to reach a solitary island group and serves as the start of the first difficult platforming section.

10. Once across the small islands a wave of geysers present themselves leading towards an opening beneath the island up ahead. Well inside the player gets to rest for a short bit as they travel under the island to reach the other side.

11. Traversing the outside of the mountain the player is lead up to the top, offering one last overview of the level and preparing them for the final high tempo platforming section.

12. Jumping on a sequence of mushrooms leads up to a swing node that lets the players engage the last enemy camp from an advantageous position. Alternatively they can chain the swing node into a final mushroom (without pickups to not feel mandatory) to reach the enemy backlines.

13. This island contains the final encounter with the enemies that sabotaged the players way forward.

14. The final slow ascent leads to the end of the level.

2.5. A side track of planks and an ominous danger sign leads to a possible pirate stash of gems in a mountainside cave.

4.5. Returning from the previous island reveals a pair of bounce mushrooms that lets the player ascend the tall mountain and find a few hidden collectibles.

13.5. A similar path to the start of the level leads to a hidden loa captive inside another cave.